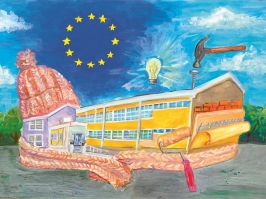 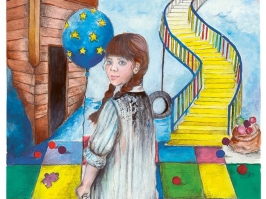 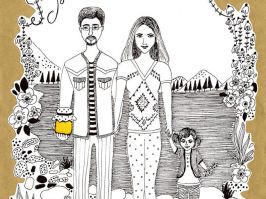 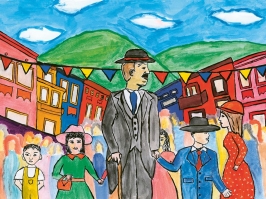 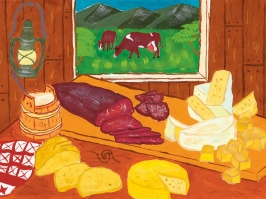 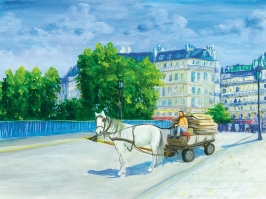 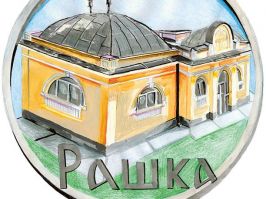 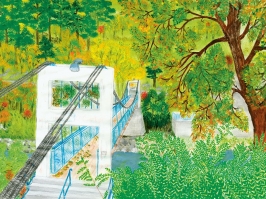 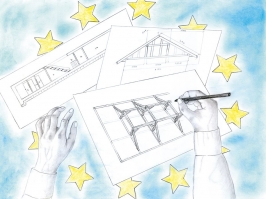 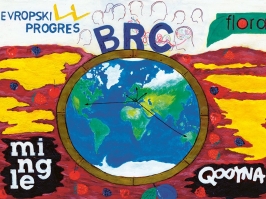 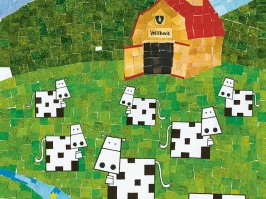 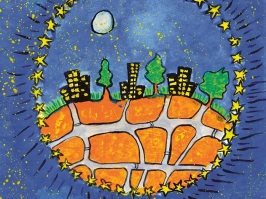 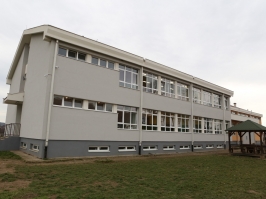 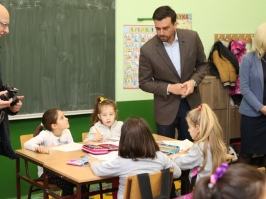 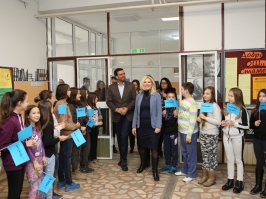 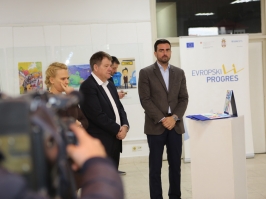 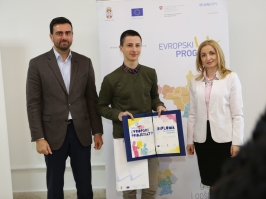 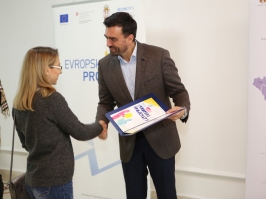 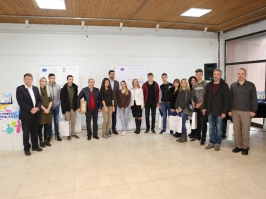 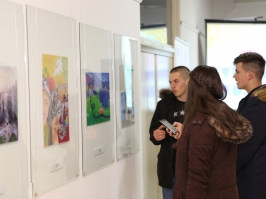 Best European Projects on the European PROGRES Calendar for 2018

Jovana Pavlović, a high school student of the Textile and Design School in Leskovac, has won the first prize in the art competition for the 2018 calendar of the development programme European PROGRES, while the second and third prizes went to Viktorija Marković from the Aleksinac Technical School "Prota Stevan Dimitrijević", and to Đorđe Milenković from the Technical School "Nikola Tesla" in Surdulica. When congratulating the winners in Vranje today, Steffen Hudolin, Head of Operations II of the Delegation of the European Union (EU), said that this year's theme of the competition "My Favourite European Project", although challenging, had encouraged young people from the south of Serbia to learn more about the projects supported by the EU in the partnership with the Government of Switzerland in their communities, and to meet people who had direct benefits from this aid.

"The participants in the competition have presented not only projects, but also what those projects have brought to their communities through the improvement of the local economy, infrastructure and access to public services," said Steffen Hudolin.

"Regardless of the projects that you have chosen, they all show a tolerant, ecologically clean environment where personal and social development is a priority. The European Union stands by you to support you to continue to develop such a society and new ideas," added Steffen Hudolin at the award ceremony in which twelve best students whose works embellish the pages of the calendar received prizes - laptop and tablet computers and mobile phones. The Technical School "Prota Stevan Dimitrijević" from Aleksinac was declared the best school on the basis of its engagement and commitment during the preparation of works and visits to projects and it was awarded a computer and a projector.

The EU and the Swiss Government and the United Nations Office for Project Services (UNOPS), together with high school students from 34 municipalities in South Serbia, have also marked through this art competition ten years of cooperation, during which more than 560 projects, worth 32 million Euros, have been supported.

"You are a real inspiration to us, and I hope that you will continue to inspire your peers, families, teachers and leaders by showing to them how small steps can make a big difference," said the European PROGRES Programme Manager, Graeme Tyndall, at the award ceremony, while undelining that young people can play a key role in their own development and the development of their communities only through their active participation.

"The implementation of capital projects creates better living conditions for all our fellow citizens, while promoting the best European values and best practices, and this art competition actually is a combination of education, imaginative creativity of young people and European projects for the overall progress of Southeast and Southwest Serbia", said Zorica Jović, a member of the Vranje City Council responsible for culture and education.

On the pages of the European PROGRES calendar for the coming year, in addition to the first three award-winning works, there are also works by Milan Veličković from Surdulica, Nejla Čaušević from Priboj, Radica Đokić from Leskovac, Milivoje Konstantinović and Lucija Bešević from Ivanjica, Kerim Avdić from Sjenica, Luka Bošković from Raška, Stefan Stamenković from Vladičin Han and Marta Živković from Bela Palanka.

For the winner of this year's art competition, Jovana Pavlović, a high school student attending the Textile and Design School in Leskovac, the favourite European project is the improvement of energy efficiency of the Leskovac primary school "Trajko Stamenković", which the Head of Operations II of the EU Delegation, Steffen Hudolin, visited before the promotion of the calendar in Vranje. The worn-out joinery in the school was replaced, thermal insulation was installed on its roof and facade, while new LED panels provide better lighting and better conditions to work and stay in the classrooms. The EU allocated 95,000 Euros for these works on energy rehabilitation of the school, and the improvements will contribute to the savings in the city budget through cuts in current costs for the maintenance of the facility.

"This project has helped to create better working conditions for over 800 primary school pupils and over 80 school staff, and made a significant change for the whole school, and the EU will continue to support the education sector, not only through infrastructure, but also in reform processes on the path towards the EU," said Hudolin.

Jasmina Ranđelović, the Deputy Mayor of Leskovac, pointed out that the local self-government has also invested 75 million Dinars in energy rehabilitation of a number of schools, and that Leskovac, the EU and the governments of Switzerland and Serbia have a common goal to provide better conditions for all pupils and students.

"Our school has got a completely new appearance, and all of us employees, together with the pupils, will do our utmost for every dinar invested in this school to yield multiple returns through knowledge of generations of pupils who will complete it," said the principal of the primary school „Trajko Stamenković”, Sunčica Ilić.