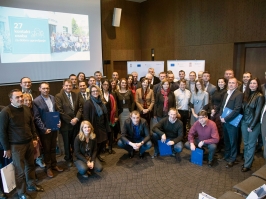 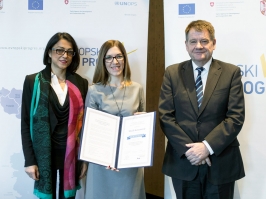 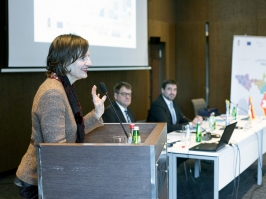 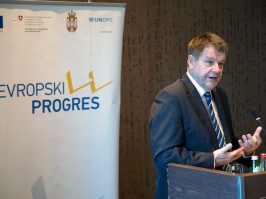 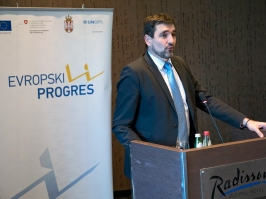 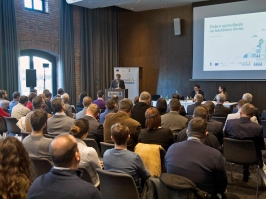 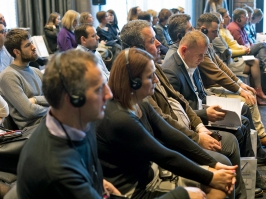 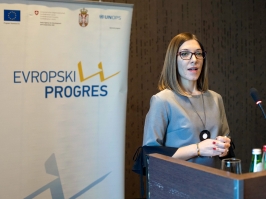 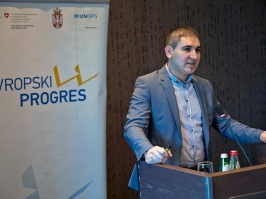 Thirty-four local self-governments from the Southeast and Southwest of Serbia, with the support of the Swiss Government and the European Union (EU), have made important steps in the area of good governance with a view to becoming better organized, better regulated, more equitable, more transparent, with higher participation and inclusion of citizens in local communities. This is the conclusion of the event "Good Governance at the Local Level" organized by the European PROGRES Development Programme.

“Switzerland is convinced that the development of a country largely depends on how it is governed and therefore it supports Serbia and its local self-governments to understand and apply good governance principles," said Ursula Läubli, Director of the Swiss Cooperation Office in Serbia.

“Over the last 15 years, we have invested a lot into the transfer of our knowledge and experience in a manner which is tailored to the local context, and when local self-governments apply these principles in their daily work, then citizens live better and have improved public services," added Ursula Läubli.

Thus, 22 municipalities have established an institutional framework, i.e., set up good governance competence centres, while 27 representatives of the local authorities have undergone training on five principles of good governance in practice and thus become a permanent resource for future sustainable development.

It was mentioned in the presentation about the results achieved that 13 municipalities have implemented local governance reforms by adopting or revising 21 regulations, which include, among other things, improvements in transparency, planning, responsible management of human resources and public property, while 16 infrastructure projects have been successfully implemented through the adoption of policies and regulations at the local level.

“The active role of the Ministry of Public Administration and Local Self-Government and the support we receive from the European Union and the Government of Switzerland constitute the key to the reform of the public administration system, and over the last three years of the implementation of the reform plan, owing to this support in particular, we have managed to bring all the tasks set at the central level to their end-users, i.e., citizens in local self-governments," said Ivan Bošnjak, State Secretary at the Ministry of Public Administration and Local Self-Government. Bošnjak also added that the announced new support of the Swiss Government in the areas of local government would be included into the drafting of a new public administration reform plan.

Noting that the introduction of the good governance principles at the local level was a real pioneering venture seven years ago when the Swiss government began to support this process in local self-governments in the south of the country, Graeme Tyndall, European PROGRES Programme Manager, pointed out that good governance is an important requirement and essential element in efforts of all societies to achieve sustainable socio-economic development, based on democracy, rule of law and human rights.

“The task was not easy because the understanding and application of the principles of good governance require commitment from all stakeholders and imply a process of change in people's behaviour, which gradually leads to changes in society for the benefit of all citizens," said Tyndall.

“I believe that with great support of the Swiss Government and the European Union, and special assistance and lead provided by the Swiss Cooperation Office in Serbia, we have managed to bring sometimes abstract concept of “good governance” to a very concrete and tangible output. ," said the European PROGRES Programme Manager.

Milan Iskrenov, Advisor on Business and Economic Development Affairs, presented how the municipality of Babušnica, while recognizing the importance of two-way communication between citizens and the local self-government, adopted the Rules on Public Consultations and thus implemented a reform which is related to increased participation of citizens.

“The Rules comprehensively regulate the process of public consultation which will increase participation and representation of interests and needs of citizens, as well as the accountability of administrative bodies to the public," said Milan Iskrenov, adding that the local self-government will further encourage the population to use this right and thus make an impact on the development of the community.

“The single activities are only small steps towards improving good governance, since governance reforms take a lot of time. But one thing is sure: many small steps also make a big step, provided that the steps are going into the same direction, and I hope the principles of good governance will give you the guidance that all future steps are going into the same direction," said Mirjam Strecker, good governance expert from Switzerland, who was transferring Swiss knowledge and experience in this field to the local self-governments.

The representatives of the local self-governments who participated in the capacity building programme consisting of six workshops on the principles of good governance - accountability, transparency, participation, non-discrimination and efficiency, and their implementation  in practice - received certificates confirming successful completion of the training.