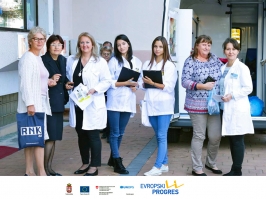 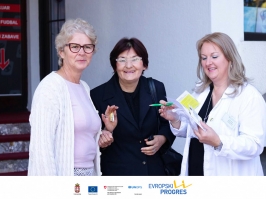 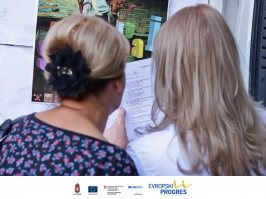 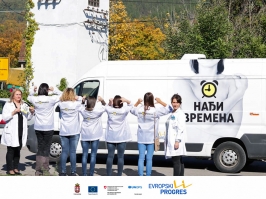 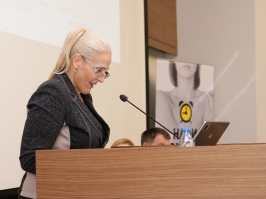 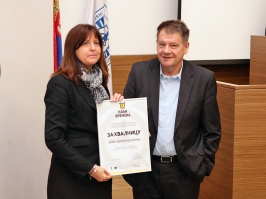 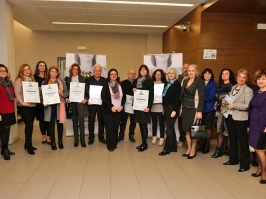 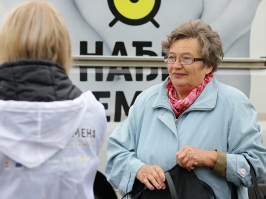 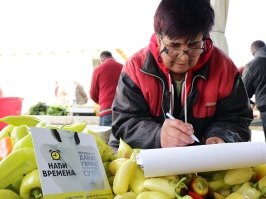 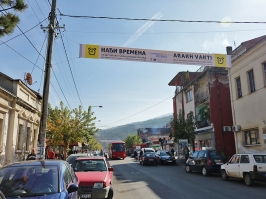 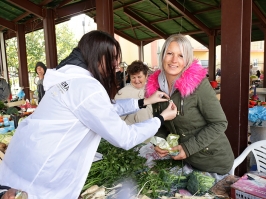 Regular medical check-ups constitute the best method for prevention of breast cancer and cervical cancer - that is the message sent out today by an expert meeting in Niš, which gathered the representatives of the Ministry of Health, the Public Health Institute "Dr Milan Jovanović Batut", the National  Cancer Screening Office, the Niš Clinical Centre and the Faculty of Medicine of the University of Niš, as well as health professionals from nine local self-governments included in the campaign entitled "Find the Time". The campaign funded by the European Union (EU), the Government of Switzerland and the Government of the Republic of Serbia, through the European PROGRES Development Programme, was conducted in Aleksinac, Babušnica, Bela Palanka, Brus, Gadžin Han, Doljevac, Knjaževac, Merošina and Svrljig in order to inform women about the importance of prevention and early detection of breast and cervical cancer, and encourage them to have regular medical check-ups.

"The group at highest risk are women in the 40-59 age bracket, but regular examinations should begin much earlier because it is easier to treat any malignant disease if detected at an early stage," said Dr Vesna Knjeginjić, Assistant Minister, the Department for Public Health and Programme Health Care of the Ministry of Health, which also supported the "Find the Time" campaign.

As part of the campaign in the nine municipalities mentioned above where, thanks to a donation provided by the EU and the Swiss Government, health centres received new medical equipment for gynaecology wards worth more than 100,000 Euros, free gynaecological  examinations were organized for all women, regardless of whether they had a health insurance card or not. Owing to the strong commitment and engagement of the local health centres, in the period between 24 October and 2 November, 733 women were examined, and the bulk of them, as many as 208, came for screening in the municipality of Brus.

"This number of medical check-ups shows that with adequate public incentives and support, more women decide to undergo preventive check-ups. It is therefore necessary for national institutions and local self-governments, civil society and the media, as well as development programmes such as European PROGRES, to work even more intensively on informing women and creating conditions for the provision of, and access to, health care, because the health of women is important  both for them and their families, and for society as a whole," said Graeme Tyndall, for the European PROGRES Programme Manager, and expressed special thanks to the local partners, medical doctors and health practitioners for their participation and support in the implementation of the campaign.

Anonymous surveys carried out during the campaign have demonstrated that out of 1,254 female respondents, as much as 36 percent have not been seeing their gynaecologist regularly, while close to five percent have never had a gynaecological examination, due to fear, lack of time or because they do not have health insurance. Also, 28.6 percent of women have never had a Papanicolaou test, which is a screening test for premalignant and malignant changes to the cervix.

Statistics are a bit more favourable when it comes to breast examinations since, according to the survey data, as much as 66 percent of women perform self-examination of their breasts, and more than half of the respondents said that their gynaecologist also examined their breasts during regular check-ups.

"Serbia is ranked fourth in Europe when it comes to morbidity from cervical cancer, while in terms of mortality from these diseases, it is ranked second after Romania. Combined with other risk factors, cervical cancer is a consequence of the Human Papilloma Virus infection (HPV infection) that occurs as a result of unprotected sex," said Dr Katarina Boričić, Assistant Professor, on behalf of the Public Health Institute "Dr Milan Jovanović Batut ".

Dr Snežana Pantić Aksentijević, the head of the Public Health Group at the Ministry of Health, pointed out that the next steps of the Ministry were to strengthen the role of local self-governments through health care councils and policy implementation in this field, education of health professionals and the general population, and the promotion of healthy lifestyles.

The expert meeting was an opportunity to share experiences, discuss the challenges and future directions of action aimed at prevention and early detection of breast and cervical cancer, while the importance of the conduct of the "Find the Time" campaign in smaller municipalities and the health centres which are not involved in cervical cancer screening was especially highlighted.