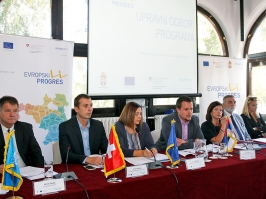 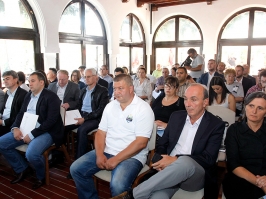 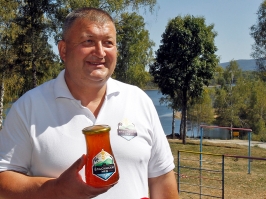 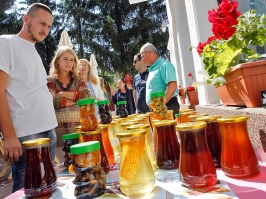 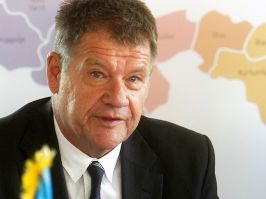 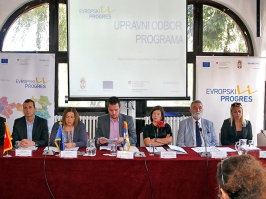 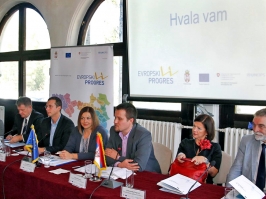 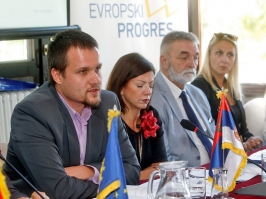 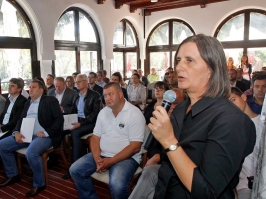 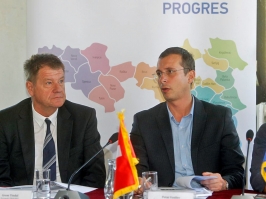 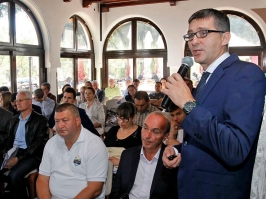 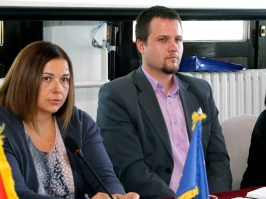 “Nearly 100 new enterprises have been opened and 300 people employed thanks to projects funded by the European Union (EU) and the Swiss Government in South-East and South-West Serbia over the past three years,” said Graeme Tyndall, European PROGRES Programme Manager at the third annual meeting of the Programme Steering Committee held at Vlasina Lake today.

Eighty percent of the 251 projects the EU and Swiss Government funded through European PROGRES, one of the largest development programmes in Serbia, have already been completed and their initial effects facilitating social and economic development of the 34 local self-governments are visible.

“We have substantially improved the economic and social infrastructure and contributed to a better understanding of the good governance and gender equality processes. It is up to you to apply the processes in your future work and projects,” said Ana Stanković, Project Manager with the EU Delegation to Serbia.

Petar Vasilev of the Swiss Cooperation Office stressed that the representatives of local self-governments should apply the skills and knowledge they acquired in the field of good governance in their work, planning and decisions, and thus help improve the lives of the population in the longer term.

The participants in the Programme Steering Committee meeting qualified as particularly important the progress achieved in the field of competitiveness, as corroborated by the analyses conducted by European PROGRES in partnership with the local self-governments.  Over 75% of the local self-governments in the Programme Area of Responsibility (AoR) significantly improved their competitiveness, particularly in financial management, technical documentation preparation, building permits and the provision of municipal services, i.e. in the fields on which the support extended through European PROGRES focused.

The successfully completed Vlasina honey protection of geographical indication project, for which the EU and Swiss Government allocated 10,000 Euro via European PROGRES, is a prime example of support extended to boosting the competitiveness of the local economy and producers. It will also facilitate the promotion of the Vlasina area.

“Our honey is special precisely because of the bee pastures on the Vlasina Plateau, which has been declared a Landscape of Exceptional Features under a Serbian Government Decree, and that is why it has the aroma of medicinal herbs. Thanks to geographical indication, our 80 members will now be able to increase the sale of their products, and improve and align their production technology. We hope that the number of young bee-keepers will increase as well,” said Ivica Kostić of the Surdulica-based Association of Beekeepers “Matica“(“Queen Bee”).

This Association was extended technical support through European PROGRES to design the specifications and perform the laboratory analyses for registering the geographical indication of Vlasina honey, which is a guarantee of quality and provides the product with added value and the opportunity to be more competitive in the market. The specifications were approved by the national Intellectual Property Office.

The processes of protecting the geographical indications of Ivanjica potatoes, Sjenica cow cheese, Sjenica stelja (dried sheep meat) and Sjenica lamb are also under way. Once they are completed, these products - the result of tradition, skills and knowledge - will be ready for sale at the European market.

The meeting participants were provided with an overview of the results the Programme has achieved to date and assessed that headway has also been made in the field of infrastructure. Namely, 40 main designs prepared thanks to European PROGRES’ support, can attract potential investments worth 29 million Euros, i.e. five million Euros more than the programme`s total budget. Seven local self-governments have already been granted donations worth more than three million Euros.

The development of 19 local infrastructure projects is proceeding as scheduled. The meeting participants highlighted the importance of infrastructure projects in 14 local self-governments[1] in European PROGRES’ AoR, for which the EU designated over 3.2 million Euros. These projects were contracted through the IPA 2013 National Programme, the first to be implemented under the Decentralised Management of EU Funds system. Two more regional projects implemented by the Department for Contracting and Financing of EU Funded Programmes within the Ministry of Finance have been contracted as well – completion of the construction of a new surgical block of the Vranje General Hospital and construction of a new emergency ward of the Novi Pazar Health Centre.

The meeting participants also underlined that the Programme has substantially contributed to the improvement of social inclusion through activities directly facilitating the social and economic empowerment of 9,000 persons belonging to vulnerable groups, particularly women and Roma. Most of the efforts were invested in their employment, education, access to social, medical and municipal services, as well as their exercise of human and minority rights.

It was noted at the third annual meeting of the European PROGRES Steering Committee that the donors would continue supporting the development of the south of the country and that all partners, primarily local self-governments, had to take an active part in completing the projects, so that they could start the new programmes afresh, albeit “armed” with the experience they acquired and the lessons they learned.