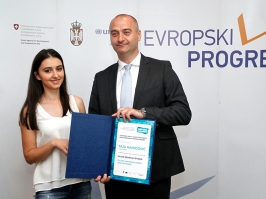 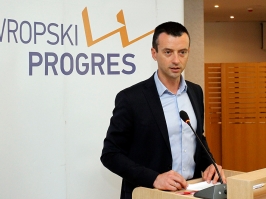 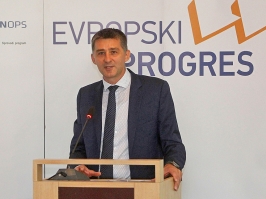 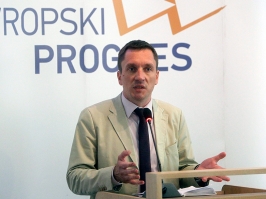 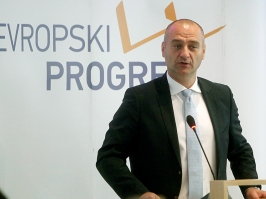 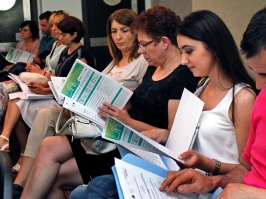 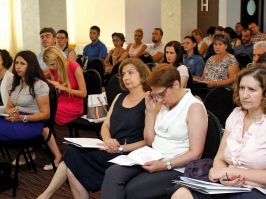 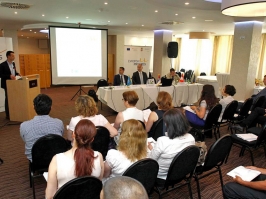 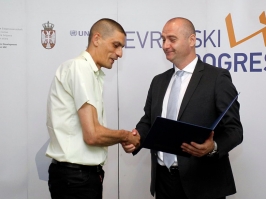 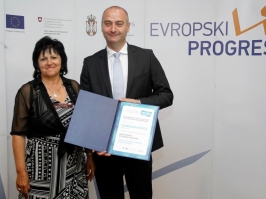 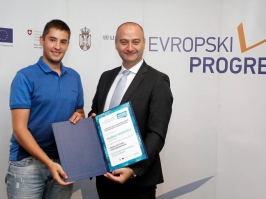 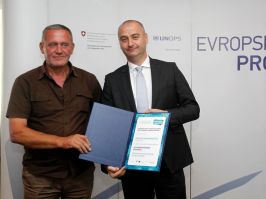 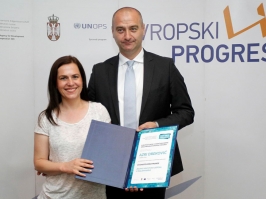 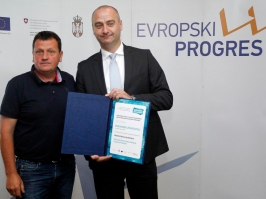 The European Union and Swiss Government have secured grants for the self-employment of 28 people, whose ideas have been recognised as the best within a 170,000 Euro project aimed at empowering vulnerable and marginalised groups in 34 local self-governments in South-East and South-West Serbia.

Apart from this key result, the project, implemented in partnership with the Social Policy Centre, the Public Policy Research Centre and the Leskovac Educational Centre, included an analysis of the local self-governments’ institutional capacities and an analysis of the employability of vulnerable groups and the social protection services in 34 cities and municipalities in the south of the country.

“Full inclusion in society is impossible without a good education and employment. The projects supported by the EU and the Swiss Government in the local self-governments in the European PROGRES Area of Responsibility are, indeed, inclusive, given that they cover the population at large and extend support in a broad scope of areas,” said Nenad Ivanišević, a State Secretary at the Ministry of Labour, Employment and Veteran and Social Issues during the presentation of these results at the event “Improving Social Inclusion at the Local Level” held in Niš today.

As Serbian Government Social Inclusion and Poverty Reduction Unit Team Manager Ivan Sekulović noted, the macroeconomic context is encouraging because more money in the state coffers means more for all of you and more money means more efficiency and fairness because these are the principles lying at the heart of inclusive development and how the European Union sees it.

“Thanks to the support of the EU and the Swiss Government, I have made my dream come true: equipped my office and opened my legal practice,” said Alit Amzić, a lawyer from Aleksinac, one of the 28 beneficiaries granted up to 3,000 Euros worth of equipment to launch their businesses within the public call for proposals, enabling them to employ a total of 84 people.

Congratulating the new entrepreneurs, European PROGRES National Manager Marko Vujačić emphasised the commitment of the EU and Swiss Government to improving the life of the population in the south Serbia, particularly focusing on building the capacities of the local administrations, both in institutional terms and for developing and implementing policies in the field of social inclusion of vulnerable groups, including their employment.

“The results of these project are not only an indicator of the direction in which the local self-governments should be developing, but also of the good foundations for improving their capacities. We hope that all the developed analyses, methodologies and acquired experiences will facilitate the identification of the needs of vulnerable groups at the local level and the development of relevant policies and innovative models of social protection services and employment, because society’s support is crucial for their social inclusion,” said Marko Vujačić.

In three municipalities, Bosilegrad, Bujanovac and Merošina, support was extended to the establishment of a sustainable social service, which is to respond to the needs of the population, in keeping with the law. “Together, we established a new service, home care to the elderly, which will not only help this largest vulnerable category of the population in the three municipalities, but also lead to the engagement of unemployed women,” said Danijela Nikolić from the Merošina municipality.

During his presentation of the analysis of the state of the institutional capacities and social protection in the 34 cities and municipalities in Serbia, Žarko Šunderić of the Social Policy Centre said that most local self-governments allocated meagre funds for social protection, and that the services offered by most local communities needed to be improved and become sustainable. “In this way, the local self-governments will respond better to the needs of vulnerable and marginalised groups,” Šunderić concluded.

The participants in the event stressed that the effective implementation of any regulatory change or reform rested on cooperation between the local authorities and the institutions at the national level and that the local self-governments also needed to focus more on mutual cooperation and exchange of experiences in the fields of social protection and employment of vulnerable groups, given that pooling of resources and knowledge could lead to faster reforms.