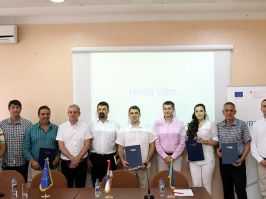 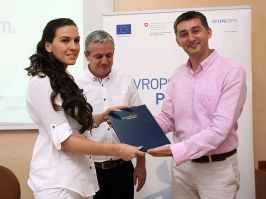 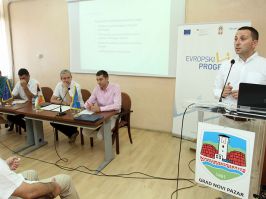 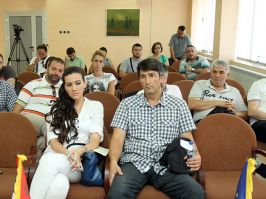 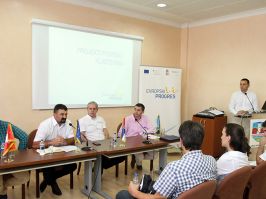 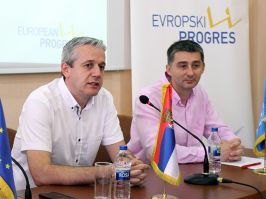 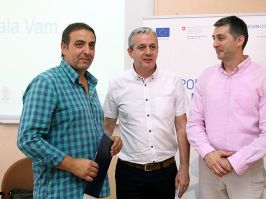 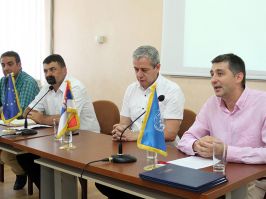 The European Union and the Swiss Government through the development program European PROGRES have secured EUR 169,692 for the implementation of projects intended to support clusters. This support will enable SMEs to introduce innovation in their operations and make joint appearances on the markets in Serbia and abroad.

Five selected projects were awarded financing contracts earlier today, namely: the "Pešter Agro" cluster, which brought together dairy plants from Novi Pazar and Sjenica to jointly develop production and marketing of the traditional product, "cream"; the cluster of footwear manufacturers "NP Shoes" from Novi Pazar that will work on improving the modeling and design in manufacturing; the cluster "Prijepolje Textile Companies" that plans innovations in design and joint promotion of its products on the European Union market; the "Regional Fruit Cluster of Southern Serbia," which aspires to introduce new energy-efficient technologies in enterprises engaged in processing fruit from Leskovac, Prokuplje and Lebane, and the cluster "Stara Planina" from Knjaževac which gathers small rural households with a view to advancing and promoting the tourism industry and rural tourism .

"Micro, small and medium-sized enterprises are an important driver of the economy. Through this activity, with the financial support of the European Union and the Swiss Government, European PROGRES aims to encourage innovation and the creation of an improved concept for appearing in the domestic and foreign markets. Successful implementation of these projects would result in a rise in sales and exports of goods, as well as job creation, which is at the same time the key to development," said Marko Vujačić, National Manager of European PROGRES.

A total of 28 small and medium-sized enterprises will directly participate in the implementation of the projects, and this is expected to create more than 15 new jobs and increase the turnover and exports by five percent on average. The maximum value of donations by individual project is EUR 40,000, while the clusters are to participate in the financing of the projects with a total of EUR 24,000.

"The donation of the European Union and the Swiss Government is unique support that will help us to develop more competitive products and make our offer more attractive and marketed not only in the domestic but also in foreign markets," said Senad Avdović, Chairman of the Management Board of the Footwear Manufacturer Cluster "NP Shoes" from Novi Pazar.

In the open call for proposals by European PROGRES, which lasted from December 2014 to March 2015, as many as nine clusters applied, out of 13 in total. The five winning projects were selected on the basis of relevance, cost-effectiveness and sustainability of the submitted proposals.

Through this initiative, European PROGRES supports companies connected by their activity and geographical location to work together on improving the existing, or on developing new products, to jointly promote their goods in the domestic and foreign markets and thus increase their profits and competitiveness of their municipalities.

The support to the clusters constitues the builiding on, and improvement of, the activities carried out under the previous program - EU PROGRESS - which had supported the creation of three new clusters, of which the Pešter agro-cluster and the Regional Fruit Cluster of Southern Serbia have been chosen for further support under European PROGRES.

The activities of European PROGRES, a programme contributing to sustainable development of South and South West Serbia will be supported by the European Union, the Swiss Government and the Government of the Republic of Serbia, in the total amount of EUR 24.46 million. The approved projects will aim at strengthening local administration, creating an enabling environment for the development of infrastructure and the economy and enhancing the implementation of social inclusion and employment policy. The programme is implemented by the United Nations Office for Project Services (UNOPS) and the Department for Contracting and Financing of EU Funded Programmes (CFCU) of the Ministry of Finance of the Republic of Serbia.