Positive Experience from Vranje:
How to Attract an Investor

In 2015 FDI Intelligence magazine declared Vranje for the second time one of the top ten European cities with population under 100,000 with the most favourable business environment that is strategically planning how to attract investments and where investors’ investments are cost-effective. 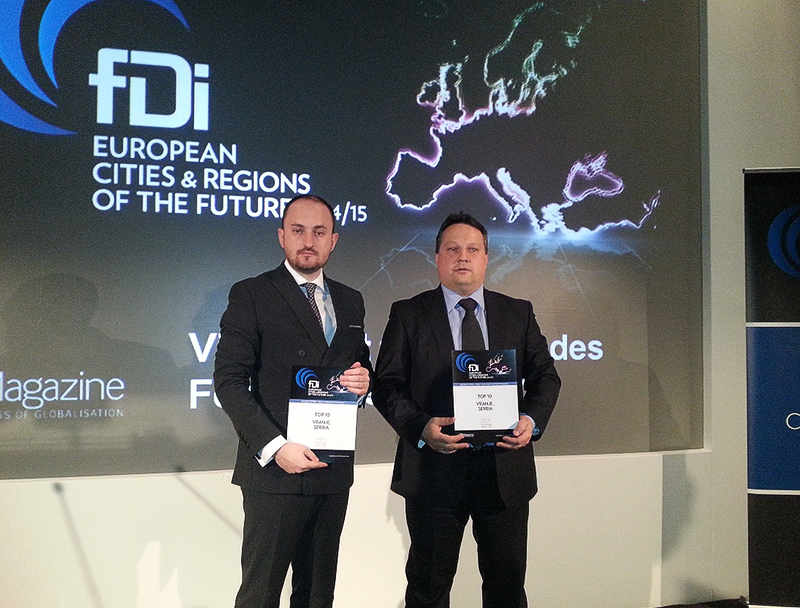 This year the construction of Geox factory was completed and the commencement of works on the construction of Ditre Italia factory was announced. These two projects will result in employment of over 1,600 persons. The first investment is 15 million Euros whereas around 13 million Euros will be invested in the other factory. Although Vranje is still faced with numerous challenges, successful investment stories are a good example how with persistence and good organisations one can overcome obstacles on the way to success.

However, this city, the administrative centre of Pčinjska district, home of over 83,000 inhabitants and the former industrial hub of the old Yugoslavia, was faced in the previous decade with numerous development challenges. The former industrial giants and key local employers – cotton company Jumko and furniture factory SIMPO are undergoing privatization and in the last few years they have been operating with significantly reduced capacities. There were over 8,000 able-bodied citizens registered with the National Employment Service as unemployed in 2014 while in April 2015 the average salary was over 20 percent lower than the national average.

That is why as of 2010 until today the city of Vranje defines the provision of necessary premises and legal conditions for attracting investments as a goal in its Sustainable Development Strategy and the development of the local industrial zone is seen as conducive to economic development. Finding the innovative solutions during these processes was fruitful. For example, the City of Vranje did not own adequate land for the industrial zone site. The identified land was owned by the Serbian Army and the local government provided flats for servicemen in exchange for the land, and took on the obligation to pay the remaining debt. In this way Vranje obtained ownership over 110 ha of land in Bunuševac and started to develop economic infrastructure.

The free zone Bunuševac was envisaged through the Spatial Plan of the City of Vranje and is a subject elaborated in four detailed regulation plans out of which the initial plan was developed in cooperation between the local government and the EU PROGRES programme financed by the Republic of Serbia, the European Union and the Swiss government. The preparation of this part of the industrial zone including levelling of terrain, providing municipal infrastructure and construction of a round-about resulted from projects implemented through the EU PROGRES as well as USAID who invested 160 million dinars. 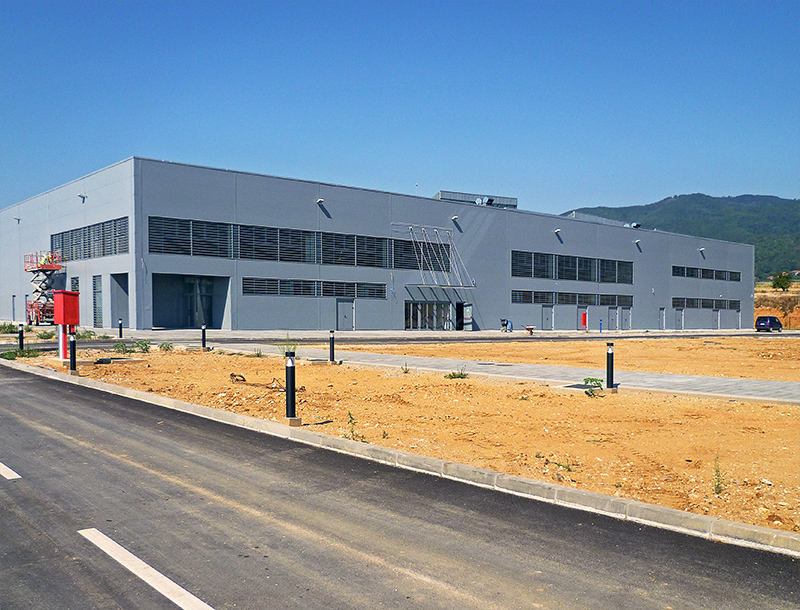 “Competitiveness of a municipality essentially involves adequate infrastructure equipment on the land where investors would build factories as well as passing regulations to provide them with legal certainty. We realised that competition was too strong and we went a step further. We anticipated the initial costs for the higher long-term profitability and we offered investors certain benefits like free land and municipal infrastructure. We built roads to access the zone and passed assembly decisions to exempt investors from paying certain fees”, said Zoran Antic, the Mayor of Vranje.

“It is important to note that the City of Vranje was the initiator but this project is the result of coordinated efforts of the local government, the national authorities and the donors. That is also the key to success – people uniting over a common goal – local development leading to the growth of the population’s living standard” said Mr. Antic.

Furthermore, in cooperation with the European Union and the Swiss Government through the EU PROGRES programme the local government implemented a project promoting Vranje that will intensify in the next period in order to attract investments and create new jobs.

“We decided to develop local roads as well since they are necessary for transporting produced goods and will present the value added for potential investors. Also, in the long-run the biggest investments are yet to come and that, of course, after completion of Corridor 10” concluded the Mayor.